The Turkish government will soon issue a decision to reduce the amount of real estate property that is nominated for Turkish citizenship to $300,000 after the $ 1 million.

But before going into the details. Let’s clarify what the current law is and how it will be after this decision?

Last year, foreigners could deposit $ 2 million in Turkish banks or acquire a $ 1 million property in Turkey to got Turkish citizenship.
Where on the 12th of January 2017 issued in the official newspapers details clarifying the amendments made to the Regulations on the law of Turkish nationality. which became as follows:

1.Those who put at least $ 2 million as fixed investment capital set by the Ministry of Economy can become Turkish citizens by a decision of the Council of Ministers.

2.Those who own at least one million dollars in Turkish real estate and commit to not selling for 3 years can become Turkish citizens by a decision of the Council of Ministers.

These long-term adjustments would have had a major impact on raising investment in the Turkish real estate sector, but with a 300,000$ acquisition and Turkish citizenship decision, the real estate sector will be upgraded faster.

By the way, the real estate sector contributes 19.5% of the total revenues of the Turkish economy.

This decision is expected to be issued in early May of this year 2018. Experts predict that this decision will increase the movement of Turkish property acquisition and attract more investors.

The decision will be made by adding a new article to Turkish law instead of modifying the previous article -Acquisition with 1 million dollars to get Turkish citizenship – So those who have $ 1 million investments in Turkish real estate market will extend their applications for Turkish citizenship.

According to news from the Turkish CNN agency, Chairman of Association of Real Estate and Real Estate Investment Trust (GYODER) Dr. Feyzullah Yetgin said “This decision will benefit the Turkish economy in general and the real estate sector in particular. Where it is expected to increase the proportion of purchase and housing between 2-3% than it was during the law of ownership of one million dollars.Because our research shows that foreigners usually choose properties worth between $ 100-300 thousand dollars”.

So Turkish government intends to raise the value of ownership to more than 300.000$ by encouraging foreignersto buy in higher values to get Turkish citizenship.

Zia Yılmaz, The CEO of DAP Holding, said that in one-year foreigners invest $ 4.6 billion in Turkish real estatecompared to the 48 billion in London, Therefore the expectation that this decision will increase the value of sales in the Turkish real estate market by 20 billion Dollars during one year.

What are the other options for obtaining Turkish citizenship by Investment?

Based on the decision issued by the Turkish government early last year, there were several cases to obtain Turkish citizenship through investment addition to the two cases in this article. Here are all possible cases:

About Alanya and Mahmutlar 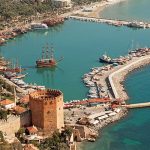 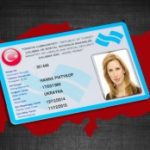